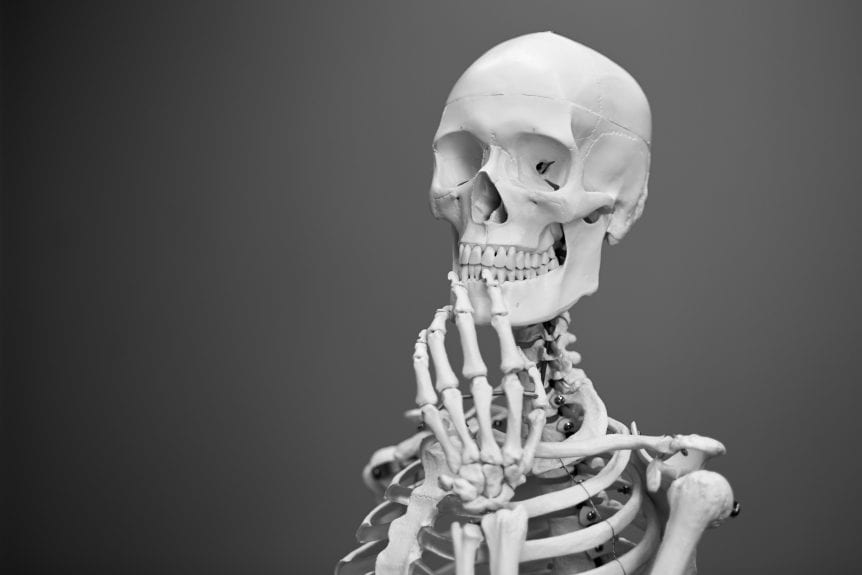 This article explores the rationale for current therapy options that address Benign Prostatic Hyperplasia symptoms. The specific use of Shockwave Therapy for Prostate Gland Enlargement, which is supported by recent medical literature, is also discussed.

What is the Function of the Prostate Gland?

The prostate gland is a substantial part of the male reproductive system even though it weighs only an ounce. In normal sexual activity, it produces the “milky” semen fluid, which transports glandular materials, including sperm cells, from the testicles through the urethra in the ejaculation process. During sexual intercourse, the ejaculation process delivers semen into the vagina.

Structurally, the prostate is found below the male bladder right above the pelvic floor and in front of the rectum. The prostate is unmistakable when a finger is placed in the rectum, allowing a doctor to determine its overall condition according to size and resistance to pressure. This “ducted gland” flows through the urethra, passing through the strawberry-sized prostate.

Sexual excitement controls prostate physiology. Sexual readiness begins with coordinated prostate muscle cell contraction causing ejaculation during arousal, forcing a mixture of stored prostatic fluid and other glandular fluids from the male reproductive structures (e.g., the bulbourethral gland) to form semen. Ejaculation occurs after the triggering of the bladder’s sphincter muscle to block semen from entry into the bladder, therefore forcing semen to exit via the penis. The seminal ducts are closed by the muscles located in the central zone so for seminal fluids can’t get into the urethra during urination,

Problems with the prostate relate to specific issues in one or more of the three zones involved in providing normal prostate function. Obviously, aging effects the male anatomy. As people get older, visible wrinkles and age spots are expected. In a man’s 50s, pertaining to the aging prostate, the gland grows larger and begins to be problematic. Although aging effects on the body’s surface (skin) are visible, age’s effects on a man’s prostate are not, as they are internal.

The prostate process, which works with sexual activity, is governed by hormones. Hormones originate in the gonads, the pituitary, and the adrenal glands. Physical release is dependent on sexual stimulation, and these less visible metabolic switches built into a normal functioning male. The prostate is necessary for normal male sexual activity, semen production and ejaculation,

Most prostate cancers begin in the peripheral zone. However, the enlarged prostate that is related to aging affects the transition zone. Benign Prostatic Hyperplasia, or BHP is the transition zone’s enlargement, which is benign, not cancerous. The central zone and the anterior fibromuscular stroma (thickened tissue at the apex of the prostate) typically do not harbor cancers.

An organ’s tissue can swell and could be associated with inflammation. With the prostate, bacterial infection could cause swelling, called prostatitis. Half of all males will experience this health issue.

Bacterial infection may be present with the patient noticing the following symptoms:

Prostatitis, acute or chronic, can be associated with other health conditions, such as chronic pelvic pain syndrome, or be asymptomatic.

Benign Prostatic Hyperplasia (BPH) is prostate gland enlargement. Some symptoms of Benign Prostatic Hyperplasia are difficulty initiating a urine stream or managing only a weak urine flow or dribble instead of a stream. Those that suffer from BHP may experience frequent urination at night, have a feeling that the bladder is not emptying, or feel that it is so over-filled that urination is coming on suddenly. Patients may find that urination is interrupted by ebbing and flowing of the urine stream, but it is unaffected by straining to pass urine.

A basic urologic evaluation must assess the prostate condition before any Benign Prostatic Hyperplasia treatment takes place. A medical history will be established, including the documentation of specific prostate-related complaints as well as medical and familial history for prostate disease. A digital assessment will be performed by the doctor to determine the condition of the prostate itself with respect to size and tissue texture, lumps within the prostate, and specific pain related to a given area within the organ.

An imagery assessment using ultrasound or MRI technology may be ordered. Blood work (e.g., PSA, white blood counts, blood urea nitrogen, etc.) may be conducted to rule out active cancer or infection. Although a cancer diagnosis may be rare, the doctor will look to rule out cancer before any BHP treatment is started. Studies of incomplete voiding, presence of bacteria in the urine determined by lab culture, and visualization of internal structures via cystoscopy may be necessary. Subjective self-assessment scales that can help a doctor determine BPH’s impact on the daily activities of a patient may be performed.

Medical treatment for BPH has followed two different strategies in the last three decades. One strategy is to get the existing urination system to work more efficiently. If the prostate is enlarged and urine passage through the gland is listless and slow, one medication strategic track works on helping the muscle components affecting the prostate to be more relaxed.  Pressure sensations are relieved within a couple of days with alpha-blockers, although prostate size remains unaffected. The result of using alpha-blockers is increased urine flow and reduction of symptoms. Potential side effects include fatigue, headache, or dizziness.

The second strategy deals with the same swollen prostate, but it seeks to reduce the hyperplasia, i.e., shrink the prostate. 5 alpha-reductase inhibitors are the medications most often used for shrinking the prostate. The basic metabolism of the drug alters the male testosterone hormone conversion to dihydrotestosterone (DHT) that causes prostate cell growth. By blocking of 5-alpha reductase, dihydrotesterone production is reduced.

The result is that the prostate shrinks, allowing urine to flow better through the prostate. A smaller prostate will decrease the need for surgical intervention for the hyperplasia. Potential medical side effects include a reduction in sexual interest, difficulties inducing and maintaining an erection, and a reduction in semen levels.

Your doctor has basically two options. Both options can be used at the same time to reduce symptoms and slow or reduce the progression of other BPH symptoms. When medication fails to provide relief for symptoms, surgical intervention is a possible solution.

Prostate surgery is common. Full discussion of the surgery is not covered here. Surgery may not necessarily involve invasive procedures, rather the use of radio waves, microwaves, electric current, lasers, and even cryotherapy to reduce prostate size or to remove or destroy excess tissue, have also been used. Considered controversial, cryotherapy can cause more and longer complications than other procedures and can have lingering effects.

Medications do not work for all men with Benign Prostatic Hyperplasia (BPH). Available surgical management for enlarged prostatic cells in the transition zone may be limited by a patient’s general health and his ability to tolerate a surgical procedure. Secondary effects from some surgeries sometimes compromise male sexual vitality and relationships. This is why the interest in shockwave therapy for BPH is growing.

In the past 30 years, medical literature has revealed that prostate enlargement has been managed by medication or surgery to reduce prostate size. However, in the last decade, there has been increased interest in the use of shockwave therapy for BPH to decrease prostate gland enlargement. Doctors are now excited that an effective management strategy for Benign Prostatic Hyperplasia treatment has finally been discovered.

Extracorporeal shock wave therapy (ESWT) uses a transducer to administer an external low-frequency acoustic stimulus to internal tissues. Acoustic waves are sent radially or via a focused beam so they can achieve internal healing. Since 2000, over 5,000 papers exploring the use of ESWT at some level in a variety of disciplines have been published, although confusion over terms used, energy levels utilized, and technical details have created a mixed message of ESWT use. The best reported use has been related to assisting soft tissue recovery (e.g., in orthotics) where ESWT has been found as effective for or superior to other remedial options such as exercise, ordinary PT, steroids, plasma injections, or surgery.

Five years ago, chronic prostate inflammation treatment via ESWT was investigated and reported in Europe. Male study subjects, aged 27 to 70 with persistent pelvic pain, received ESWT treatment every week for four weeks. Ninety days after treatment stopped, two-thirds of the men were pain free and had no urinary symptoms.

Just this year in China, another study of the efficacy of ESWT assessed results of radially delivered ESWT to treat BHP, comparing results to medical management. The study subjects had lower urinary tract health issues consistent with BPH. They also had a history of poor response to medical treatment and were not candidates for surgery. Each subject was treated weekly with ESWT for eight weeks. Using the International Index of Erectile Function-5 International Prostate Symptom Score and quality of life assessment, pre-treatment, mid-treatment, and post-treatment symptoms were monitored. During and after the study, peak urinary flow and residual urine were also monitored.

Significant clinical improvements were also reported after treatment stopped at three months post study. Two-thirds of the subjects showed improvements in their urine flow measures. Transient pain, found at the beginning of the study, was gone after a few days. This ESWT study suggested that the treatment is effective, noninvasive, and safe for patients who did not respond to medical treatment for their symptomatic BPH. Moreover, those who could not have surgery also tolerated BPH well and showed substantial improvement.

If you have not had a prostate assessment and are experiencing some of the symptoms discussed above, it is suggested that see your primary care provider or a urologist to determine whether you have BPH. The problem is treatable by medication or surgery, and now with the recent success from studies employing ESWT, you could have an additional option. Doctors using ESWT have answered many questions as shockwave therapy for prostate gland enlargement. Contact us here at Shockwave Therapy MD for a free consultation and more information on safe options for your health issues!