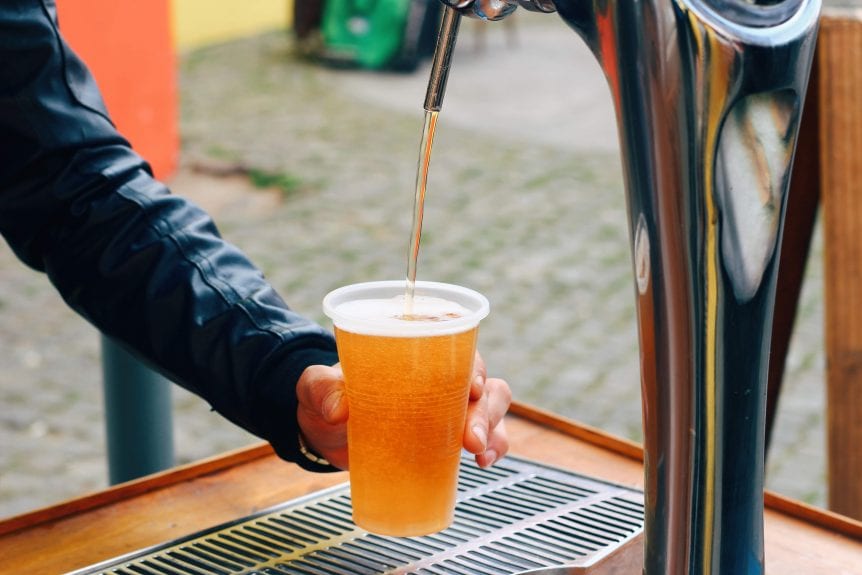 Alcohol has been recognized as one of the leading causes of erectile dysfunction (ED) and other sexual disorders in men with a large body of scientific findings pointing to this fact. Erectile dysfunction affects more than 30 million men in the United States, and there are hundreds of thousands of new cases every year. This prevalence can be significantly minimized by reducing alcohol consumption to a minimum.

The Effects on Your Sex Life

The moderate use of alcohol can be of some health benefits and may in itself not be of any threat to your sex life or general health. However, when the use becomes persistent, excessive, and chronic, it creates both short- and long-term effects on your sexual performance. According to this study, the 5 most significant effects of alcohol on men’s sex life are as follows:

Erectile dysfunction refers to difficulty in attaining or sustaining an erection sufficient enough for the completion of a sexual cycle. Bear in mind that each cycle of sexual performance involves 4 different stages – arousal, plateau, orgasm, and resolution. Sexual arousal or excitement is initiated usually after being stimulated by an attractive sexual partner.

For sexually active men, an erection is achieved right from the first stage and maintained until the last phase of the intercourse. Unfortunately, this can be difficult or even impossible for those with ED. In men who struggle with the excessive use of alcohol, this particular effect can be a recurrent or persistent experience. The situation, however, becomes worse as the affected person continues to indulge in excessive alcohol use.

Chronic and persistent use of alcohol makes people lose interest in things that they once hold dearly both in their professional and personal life. This explains why men in such a situation often experience deficiency or complete loss of desire in sexual activity. The alcohol indulgence gives rise to a loss of or significantly reduced sexual excitement, energy, and interest. Research has found that alcoholism leads to some depression-like signs of apathy. This is responsible for such men’s perception of sexual activity as more of a task than a pleasure with their partner.

Sexual aversion disorder refers to a strong dislike for sexual activities and avoidance of all genital sexual contact. Chronic and persistent use of alcohol affects people’s interpersonal relationships with friends, associates, and loved ones. There is a strong connection between alcoholism and isolation, and this is often reflected in people’s sex life.

Alcohol use can cause delay, inability, or premature orgasm in men. This sign can be linked to increased feelings of anxiety, which is one of the most significant symptoms of alcoholism.

Premature ejaculation is frequent among men who use alcohol excessively. It could be a persistent or recurrent experience of semen discharge with minimal sexual stimulation.

How Alcohol Leads to sexual Disorders

It is Depressant to Your Central Nervous System

Your central nervous system (CNS) includes the brain and the spinal cord. The CNS plays a significant role in sexual activity, especially as the arousal stage, which precedes every instance of sexual intercourse, is initiated by the brain. Unfortunately, alcohol acts as a depressant of the CNS. As you become persistent and increase the rate of drinking alcohol, your brain activity slows down, contributing to weakened muscles and less-effective neurotransmitters to stimulate sexual arousal.

It Dehydrates Your System

Erection occurs as a result of blood flow to the penile area. During sexual arousal, your penile arteries expand to stimulate blood flow to the penis. The in-fill of blood strengthens your erectile tissues and makes it firm throughout the performance. Dehydration can inhibit this process as it reduces your body water and the blood volume in your system.

Alcohol is a diuretic liquid, which drains your body fluids through the renal system. This is the reason why people have a hangover after excessive consumption of alcohol. The oxygen and blood needed to stimulate sensation to the penis would have been drained by the substance, leaving you with a deficiency when it comes to sexual arousal.

It Disrupts Your Hormone

Regardless of the underlying cause, an ED case can be treated successfully. However, this requires the expertise of medical professionals and sometimes counselors. If your ED is related to alcohol the cause and effects can be both psychological and medical and you will need to consult your doctor for a proper evaluation. The findings will determine the right cause of treatment for you. Some of the common ED treatments include:

Natural means of overcoming or improving erectile dysfunction include regular exercise, healthy diet, as well as having enough sleep and rest. There are also some herbal remedies that can be of help.

Sometimes, a change in your lifestyle choices is all you need to reinvigorate your sexual performance. This can include quitting smoking, limiting your alcohol consumption, and watching the type of personal and business relationship you keep. Relationship problems are is among the leading causes of erectile dysfunction and alcohol abuse. Some men indulge in chronic alcohol intake as an “escape” from their relational issues.

There are many drugs for sexual disorders in men that work differently in the body. The most popular and FDA-approved ones are classified as phosphodiesterase type 5 (PDE5) inhibitors. They help improve blood flow to the penis with common examples being tadalafil (Cialis), sildenafil (Viagra), vardenafil (Levitra), and avanafil (Stendra).

Shockwave therapy is a noninvasive erectile dysfunction treatment that uses low-intensity acoustic waves to improve blood flow to the penis. It combines both reparative and reinvigorating effects to improve your sex life. In most ED cases, the vessels that take blood to the penile arteries are clogged, thereby reducing or inhibiting erectile function.

This therapy aims to treat the underlying cause by removing the micro-plaque, opening up the existing blood vessels, and causes the growth of new ones. This process will exponentially enhance your sexual performance after the treatment. Achieving psychogenic, reflexogenic, and nocturnal erections will become much easier.

This treatment is highly favored by men due to its immediate and long-lasting effects. You can have sex latest a week after the therapy, and the effects will last for two to three years. There are some men who were able to have sex the same night they underwent the therapy.