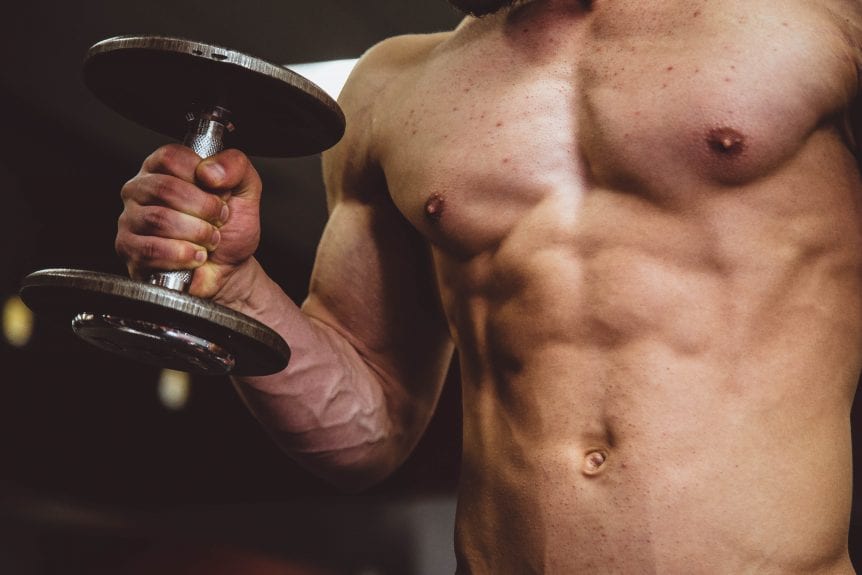 Peptides have been found to contain potentials that improve various body functions, including muscle health and recovery. They are widely famed for their anti-inflammatory, anti-aging, and muscle-building properties. Peptides are a smaller version of proteins with shorter strings of amino acids. While proteins are made up of 50 or more amino acids, peptides consist of between 2 to 50. If you are looking to increase your energy level, retain a youthful and energetic body shape, and improve overall muscle health, peptides can help you achieve just that.

Peptides and Muscle Health and Recovery

With the world population becoming more active by the day, there has been an increasing need for alternative drugs to boost one’s physical fitness level. This has paved the way for peptides to thrive among professional bodybuilders, fitness enthusiasts, and the general public who desire an improved energy level for everyday activities.

Peptides also prove to be beneficial to the skin, being a great option for reversing the effects of aging. Additionally, they are used for building muscle strength and increasing energy levels. They are beneficial because they stimulate the release of the growth hormone. The administration of peptides into the body leads to hypertrophy and hyperplasia. Hypertrophy is an increase in the size of muscle cells, while hyperplasia is an increase in the number of cells.

Some of the common peptides for anti-aging properties and improving muscle health include creatine peptides and collagen peptides. A study conducted on these rich compounds affirms that they carry properties that increase strength and muscle health. Due to the desirable effects of these properties, the popularity of peptides has risen consistently in the past few years.

Why You Should Care About Your Muscle Health with Peptides

There are more than 600 muscles in your body, each one playing many roles in the body’s general function. It is important to ensure that your muscles receive all the care they can get to keep functioning. According to the American Journal of Clinical Nutrition, “Their enormous roles, though, have never been questioned, but are perhaps, in health and disease.” The muscles are one of the various important body systems that aid healthier living, with their roles often underestimated.

Keeping a healthy muscle mass and optimal metabolic function and strength are reasons to take muscle health seriously. Peptides can help in gaining muscle strength and expediting the recovery process.

Healthy muscles will let you move freely and keep the whole of your body strong. You need healthy muscles to play and enjoy your favorite sports and hobbies. Dancing, swimming, walking the dog, and other fun activities will be difficult without healthy muscles. In addition, engaging in basic activities of daily living (ADL) such as eating, bathing, getting dressed, transferring, toileting, and continence can be a daunting task. Strong muscles will help you have healthy joints.

There are three types of muscle tissue in your body, which include skeletal muscles, smooth muscles, and cardiac muscles. Your skeletal muscles attach to your bones and are responsible for voluntary movements such as walking, waving your arms, and nodding your head.

Smooth muscles are connected to your organs and are in charge of involuntary movement. They function in your digestive system to pass food along and push waste out of the body. Cardiac muscle, which is sometimes called heart muscle, plays a specialized involuntary role of pumping blood throughout your body. It changes its speed to meet the demands it encounters at a given time.

For instance, the rate of blood pumping is slower when sitting or lying down, and increases when exercising or doing sports, as there is a higher demand to supply your skeletal muscles with more blood.

Types of Peptides for Muscle Health

All three types of muscle tissue contribute to the state of your total muscle health and overall body mass. With adequate care of your muscles, you can lower fat mass and improve your body composition. Additionally, your skeletal muscle can be made larger and healthier with resistance training, while your cardiac muscle can be made healthier with regular exercise. Apart from these methods, another way of caring for your muscle health is by using bioactive peptides that include the following:

CJC-1295 is a synthetic growth hormone that combines up to 30 amino acids. It is used to gain lean muscle strength, increase overall muscle strength, and reduce body fat levels. People with a growth hormone level deficiency can also use CJC-1295 to boost their hormone levels. It also causes an increase in cellular repair and regeneration, helps achieve clearer memory focus, and stimulates slow-wave deep sleep. One of the most appealing features of this compound is its level of tolerance with other types of peptides. It can be combined with Ipamorelin, insulin growth factors (IGF1), and other growth hormone peptides.

IGF-1 is an insulin growth factor peptide that is mostly used for its ability to increase human growth hormone. Additionally, it helps promote the development of bone and tissue. IGF-1 is a naturally-occurring endocrine in the body that is primarily produced by the liver and tissues. Due to its attractionto various naturally-occurring cells in the body, it is able to impact the body system for different benefits.

These benefits include an increase in lean body mass, a reduction of fat, and a promotion of positive metabolism functions. It is also known to boost the regenerative properties of the body’s nerve tissues, which makes it a great option for a speedy recovery process.

Ipamorelin is a recent peptide selective agonist of the growth hormones ghrelin and secretagogue. It is considered to be one of the safest growth hormone-releasing peptides (GHRP). Ipamorelin is made of a chain of five amino acids. The secretagogue promotes the production of growth hormone in the pituitary gland, while ghrelin plays an important role in our appetite and regulates our food intake.

Ipamorelin is considered very safe because it has a very low likelihood of side effects associated with direct treatment with the human growth hormone. It impacts the body by mimicking hormones and molecules like ghrelin to generate and release its own natural growth hormones. When you take ipamorelin, the natural chemistry of the body changes and makes use of fat as its primary source of fuel. This will put your body in the best state to engage in your daily activities for a long time. The benefits of using ipamorelin include:

Sermorelin is another peptide considered to be useful for muscle health and is also used as an anti-aging drug. This peptide is made up of 29 amino acids of the 44 contained in growth hormone-releasing hormone. It is effective in improving human growth hormone levels. Sermorelin was developed in the 1970s and it is one of the U.S. Food and Drug Administration’s approved substances.

Benefits of sermorelin include:

As a special type of protein supplement, peptides have been found to stimulate a quick recovery process. This was revealed in a 2019 study that investigated the effects of the peptide on muscle damage, bone movement, and inflammation arising from physical exercise. The participants in the study who took 20 grams of collagen peptides a day were found to have 20% less muscle soreness after undergoing intensive exercise and also showed improvement in their performance.

Naturally-occurring collagen is an essential component of the skin. It is then not surprising to see peptides, especially collagen peptides stimulating speedy wound healing. A 2014 study showed that bioactive peptides can act as antioxidants. This could be another factor that makes them stimulate the body’s ability to self-heal.

How to Use Peptides for Muscle Health and Recovery

The most common method for administering peptides for muscle health is injection. There are also some newly created products, such as peptide creams, which are applied to the skin as topical. To learn more about the various options for peptide treatments and obtain peptide product pricing call Optimal Health MD at  1-888-763-4221  or fill out a consultation form.