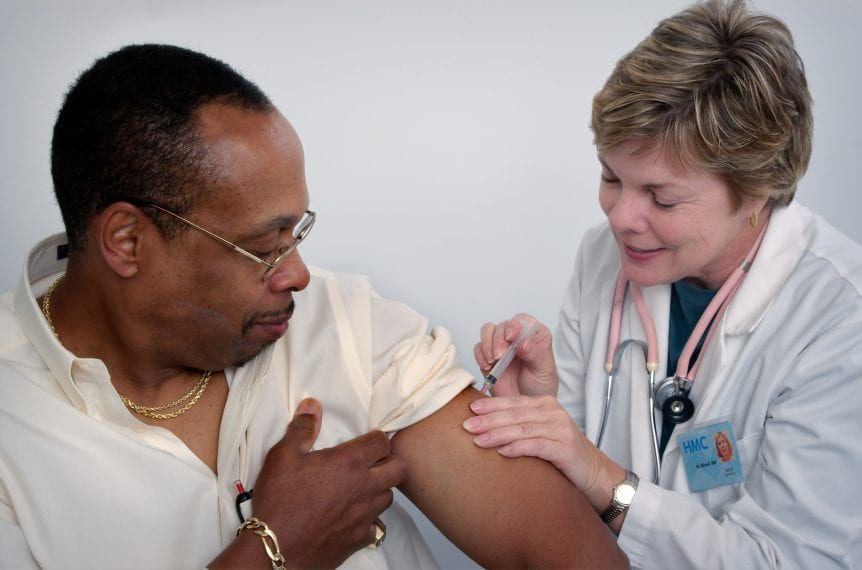 If you are suffering from Testosterone Deficiency or think you are based on the symptoms you are experiencing, you are not alone. Testosterone Deficiency (TD) affects about 30 percent of men aged 40-79 years, with an increase in occurrence strongly related to aging and common medical conditions including obesity, diabetes, and hypertension. A strong relationship was found between TD and metabolic syndrome, although the relationship is not definite to be contributory. Replacement of testosterone (T) in testosterone-deficient men with these comorbidities may, in fact, reverse or delay their development. While testosterone replacement has been largely regarded in a sexual scope, there is a possible role in general men’s health issues, including metabolic, body composition, and all-cause mortality by using a single clinical vignette.

What are the Symptoms of Testosterone Deficiency?

There are many symptoms associated with Testosterone Deficiency. Some symptoms are actual medical disorders, like Erectile Dysfunction (ED). Here is a list of symptoms of TD:

The question for this specific man is, what are the diagnostic, prognostic, and therapeutic issues in a man with symptomatic testosterone deficiency associated with the metabolic syndrome?

Testosterone Deficiency (TD), or Hypogonadism, afflicts about 30 percent of men aged 40-79 years, with its commonness related to aging. The occurrence values differ between the different studies due to assessments based on population studies or clinical settings. Clinical symptoms of Testosterone Deficiency include fatigue, diminished libido, ED, and negative moods. TD is also linked with changes in body composition, including decreased lean body mass, increased fat mass, and decreased bone mineral density. There is a substantial increased risk of TD related to common medical conditions such as obesity, type 2 diabetes mellitus (T2DM), and hypertension. Additionally, a there was a strong occurrence between TD and the MetS. While TD Treatment originally was prescribed primarily for alleviation of sexual symptoms, there is now growing interest among researchers and doctors in focusing on the possible unfavorable metabolic and general health conditions related to TD.

Further, recent research in women with total androgen insensitivity syndrome exhibited increased body fat, abnormal levels of cholesterol, and homeostasis model assessment of insulin resistance (HOMA-IR), indicating that interruption of androgen signaling in women is also related to metabolic disorders. But there are limited resources to direct decision-making in frequently seen cases where Testosterone Replacement Therapy (TRT) may be considered. Noteworthy of concern is that African Americans and Hispanics seem to have a greater risk of developing insulin resistance and type 2 diabetes compared with non-Hispanic whites. Other research, however, suggests that the number of insulin-sensitive patients with Type 2 Diabetes is low and similar among non-Hispanic whites, Hispanics, and African Americans in the United States. The research further suggests that some ethnic inconsistency exists.

The Rancho Bernardo study (794 men, aged 50-91 years, average follow-up 11.8 years, but up to 20 years) also indicated that total and bioavailable Testosterone were negatively associated to the risk of death.60 Low total T also predicted increased risk of death due to cardiovascular and respiratory disease.

In this double-blind, placebo-controlled, random study of 70 elderly patients with chronic heart failure, it was found that long-acting intramuscular T supplementation in addition to optimal therapy boosts functional exercise capacity, muscle strength, insulin levels, and baroreflex sensitivity. In men at increased risk for cardiovascular disorders, it is suggested that you obtain cardiology consultation before starting Testosterone Therapy.

Data from current random placebo-controlled studies of TRT in elderly feeble men with restricted mobility indicated potential progresses in physical function when Testosterone levels were kept in the physiological range. But, adverse cardiovascular risks in an older, sicker group of men with subclinical vascular disease were found when T levels were kept in the higher range. You should know that in the latter trial, the small sample size, older and sicker population, and mobility limitations prevents the generalizations of these results. This study led to questions about using large doses of Testosterone in older weak men with subclinical vascular disease.

In contrast to a study by Srinivas-Shankar et al, which indicated no serious cardiac adverse events, the Testosterone in Older Men study has significant limitations, including: men with subclinical cardiovascular disorders and high occurrence of hypertension, diabetes, hyperlipidemia, and obesity; the choice of subjects based on Testosterone levels only rather than in combination with clinical symptoms; inefficient randomization; and a dose-seeking study with Testosterone doses dispensed that surpassed those recommended by the Endocrine Society. It should be noted that monitoring of the negative events was not the main goal and relating of these events was conducted by telephone interviews of patients or reviewing peripheral medical records. Therefore, personal feelings of tachycardia, syncope of unknown derivation, arterial hypertension, and myocardial infarctions were all used as cardiovascular negative events.

In fact, in a current meta-analysis, it was indicated that “the adverse effects of testosterone therapy include an increase in hemoglobin and hematocrit and a small decrease in high-density lipoprotein cholesterol but pointed to no association with cardiovascular events.” Additionally, several unexplainable annotations expose more doubt on the results of this study, including the indication that diabetes and smoking decreased the risk of a cardiac event, and high T treatment doubled the risk, and normal to high hematocrit boosted risk by four to five times. Despite these unexplained incongruities, the researchers derived wide-ranging conclusions on the negative effect of TRT on cardiovascular health in these weak and immobile men. The researchers stated that “the lack of a consistent pattern in these events and the small number of overall events suggest the possibility that the differences detected between the 2 trial groups may have been due to chance alone.”

Can TRT Reverse or Ameliorate MetS or Early Type 2 Diabetes?

MetS is directly related to the risk of acquiring insulin resistance, Type 2 Diabetes (T2DM), and Cardiovascular Disease (CVD), and an increased risk of incident CVD and mortality. MetS is linked with a two-fold increase of five to 10-year risk of CVD. Additionally, MetS convenes a five-fold increase in risk for T2DM. Despite this evidence, there is still much doubt and controversary regarding the relationship between MetS and Type 2 Diabetes. Consequently, current data from a survey, which included 880 community-dwelling men, supported the conclusion that MetS is not better than the sum of its components in addressing cardiovascular risk.

The level of evidence defending TRT for the treatment of MetS, T2DM, and CVD varies because Testosterone Replacement Therapy administered in various preparations has different outcomes on different variants of clinical goals examined. Specifically, body fat reduction, particularly intra-abdominal fat, is a key factor in treating most patients with MetS or T2DM, including patients with atherosclerotic cardiovascular disease and dyslipidemia. The evidence supporting TRT in reducing fat mass is clear-cut.

Various random clinical research studies, with 306 enrolled subjects with MetS, with a median follow-up of 58 weeks, are related. Of those studies, three were regulated by placebo, whereas two open-label studies compared Testosterone Replacement Therapy with no treatment. In these studies— signing up only subjects with MetS—Testosterone Deficiency was defined by using various criteria and TRT was administered in different formulations and doses. TRT was related to a substantial fasting plasma glucose reduction, homeostasis model assessment index (HOMA), triglycerides, and waist circumference. Additionally, a boost in high density lipoprotein cholesterol was found, whereas no substantial difference was found for total cholesterol, blood pressure, and body mass index. In the aforementioned trials, some but not all the subjects recruited were being administered statins to reduce cholesterol. The levels of Testosterone may be affected by the use of statins because it has been found that the use of statins and glucose lowering agents may reduce total but not bioavailable Testosterone.

Heufelder et al conducted a study with 32 men with Testosterone Deficiency who were recently diagnosed with T2DM and gave them a diet and exercise alone health regime or diet and exercise combined with T gel therapy (50 mg once daily) regime. Patients had never received insulin or other glucose lowering therapy, either before or during the trial and had a mean hemoglobin A1C (HbA1C) of 7.5 percent. At 52 weeks, the group receiving diet and exercise plus T improved substantially on mean serum T concentration, glycemic control (HbA1c), insulin levels and sensitivity, and C-reactive protein levels (P .001 for all between-group comparisons). At the end of the study, serum prostate-specific antigen concentrations were equal between groups, indicating treatment safety.

Value of TRT in TD Patients with ED and Low Libido

Studies of Testosterone Replacement Therapy on sexual function and performance vary in quality, even though outcomes are mostly constant. Most research shows that TRT enhanced sexual awareness and arousal, erectile function, and the frequency of spontaneous erections, but is less constant in improving sexual behavior and performance. Overall, the evidence shows that TRT benefits some aspects of sexual desire, erectile function, and performance. This study is consistent with a recent published review and meta-analyses of random, placebo-controlled studies of TRT in men with sexual dysfunction and differing endogenous T levels. Since vasculopathy is the most common cause of ED, it also can be used as an early indicator for Cardiovascular Disease. It is acceptable to retrieve T outcomes in men with ED, especially if there is lowered libido or fatigue, and in men with an insufficient response to phosphodiesterase type-5 inhibitors. T action in these vascular beds may be mediated by several pathways, including vasodilation of blood vessels via activation of channels or inhibition of channels.

Many TRT medications are readily available in the United States market. Intramuscular injections of short-acting T derivatives reach good serum concentrations within 2-3 days, with levels resuming to baseline in most men by two weeks, resulting in an injection schedule of 1-2 weeks. Men and/or their partners can be taught to administer the injection at home. Topical gels or patches deliver a steady serum-T concentration over time than injections. Patches currently available in the United States are notable for a high rate of skin reaction, and their use has been mostly replaced by T gels. The main drawbacks of T gels are cost and a black box forewarning regarding the potential for transfer to women and children. A long-acting injection formulation (T undecanoate) is administered every 10-12 weeks and is available internationally but is yet to be approved for use in the United States. T pellets provide three to six of normal serum T and are administered subcutaneously in the gluteal region via an in-office surgical implantation procedure under local anesthesia; this way of treating Testosterone Deficiency also has some drawbacks, including extrusion of pellets post-surgical procedure.

At Modern Therapy, we specialize in Testosterone Injections with Real Testosterone. Our clinical staff can provide expertise and support for your Testosterone Deficiency Treatment. If you are experiencing symptoms of TD, such as lowered libido and sex drive, fatigue, and Erectile Dysfunction, please contact us today. We can help you reach optimal health and get you back to yourself again. Please fill out the form below for a free consultation.